The Battle to Sequence the Bread Wheat Genome: A Tale of the Three Kingdoms

In the year 2018, the world witnessed the finale of the race to sequence the genome of the world’s most widely grown crop, the common wheat. Wheat has been known to bear a notoriously large and complicated genome of a polyploidy nature. A decade competition to sequence the wheat genome initiated with a single consortium of multiple countries, taking a conventional strategy similar to that for sequencing Arabidopsis and rice, became ferocious over time as both sequencing technologies and genome assembling methodologies advanced. At different stages, multiple versions of genome sequences of the same variety ( e.g. , Chinese Spring) were produced by several groups with their special strategies. Finally, 16 years after the rice genome was finished and 9 years after that of maize, the wheat research community now possesses its own reference genome. Armed with these genomics tools, wheat will reestablish itself as a model for polyploid plants in studying the mechanisms of polyploidy evolution, domestication, genetic and epigenetic regulation of homoeolog expression, as well as defining its genetic diversity and breeding on the genome level. The enhanced resolution of the wheat genome should also help accelerate development of wheat cultivars that are more tolerant to biotic and/or abiotic stresses with better quality and higher yield. 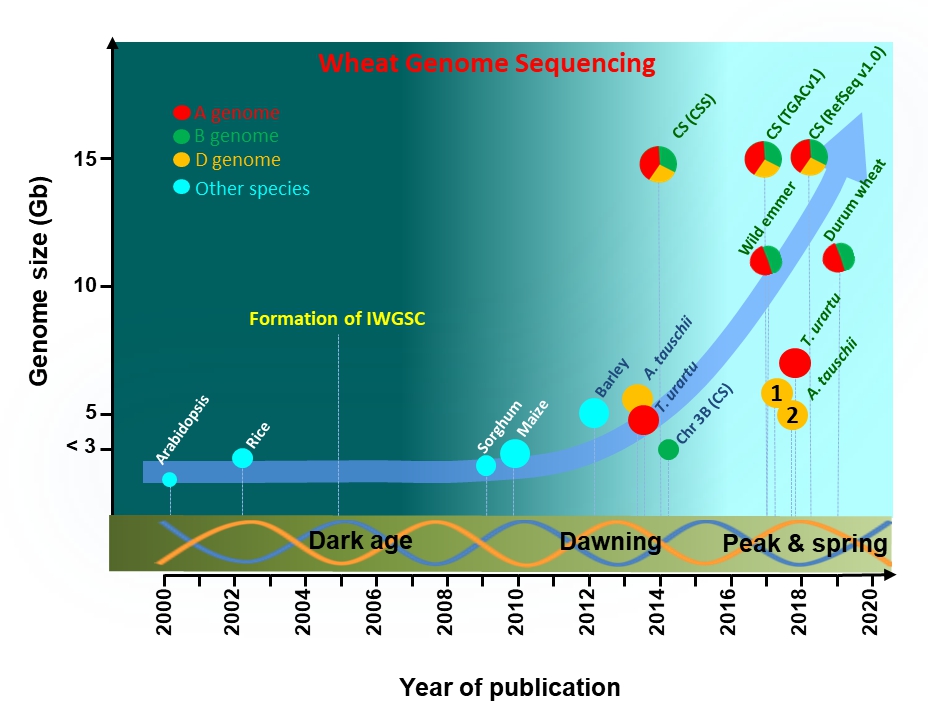