Understanding the contribution of aboveground dry matter (DM) production and harvest index (HI) to maize grain yield is essential to further improve grain yield to ensure future food growing requirements. In this study, we collected 548 sets of data of DM, HI, and grain yield from a multisite (40 sites) and multiyear (2009–2016) experiment conducted in major maize-growing regions across China and 615 sets of data from 40 published papers distributed from 1988 to 2018 to assess the performance of DM, HI, and their contributions to grain yield. It was found that the average contribution rate of DM was 73.71%, which was much higher than those of HI (26.28%) across China. For the five different modern hybrids, the contribution rates of DM to grain yield (ranged from 71.36% to 89.10%) were also significantly higher than those of HI (ranged from 10.79% to 28.64%) on a large spatial scale. The significant differences in grain yields between cultivars were mainly due to the differences in HI. Among the four maize-growing regions, the contribution rates of DM in both NW (57.34%) and NM (64.46%) were higher than those of HI (42.66% and 35.54%, respectively). In contrast, the contribution rates of HI in HM (52.67%) and SW (50.92%) were slightly higher than those of DM (47.33% and 49.08%, respectively). The interregional differences in grain yield were mainly attributed to the differences in DM between regions. Additionally, combining the data of this study and data collected from previous studies, we found that the increase in maize grain yield under lower yield levels (<15 Mg/ha) was mainly attributed to the increase in both DM and HI, while that under higher yield levels (>15 Mg/ha) was mainly dependent on the increase in DM. 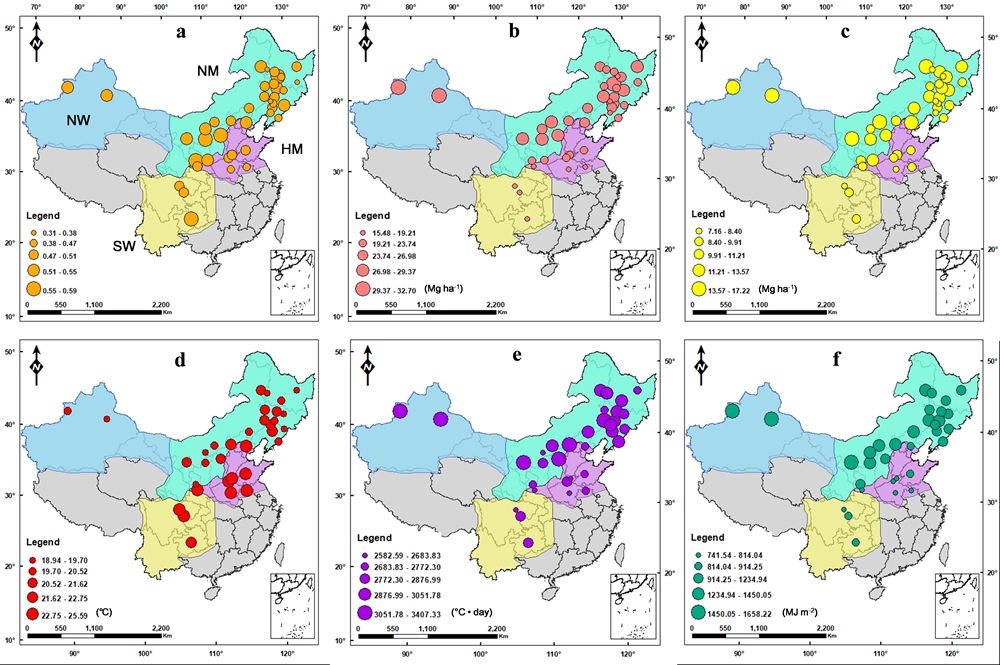 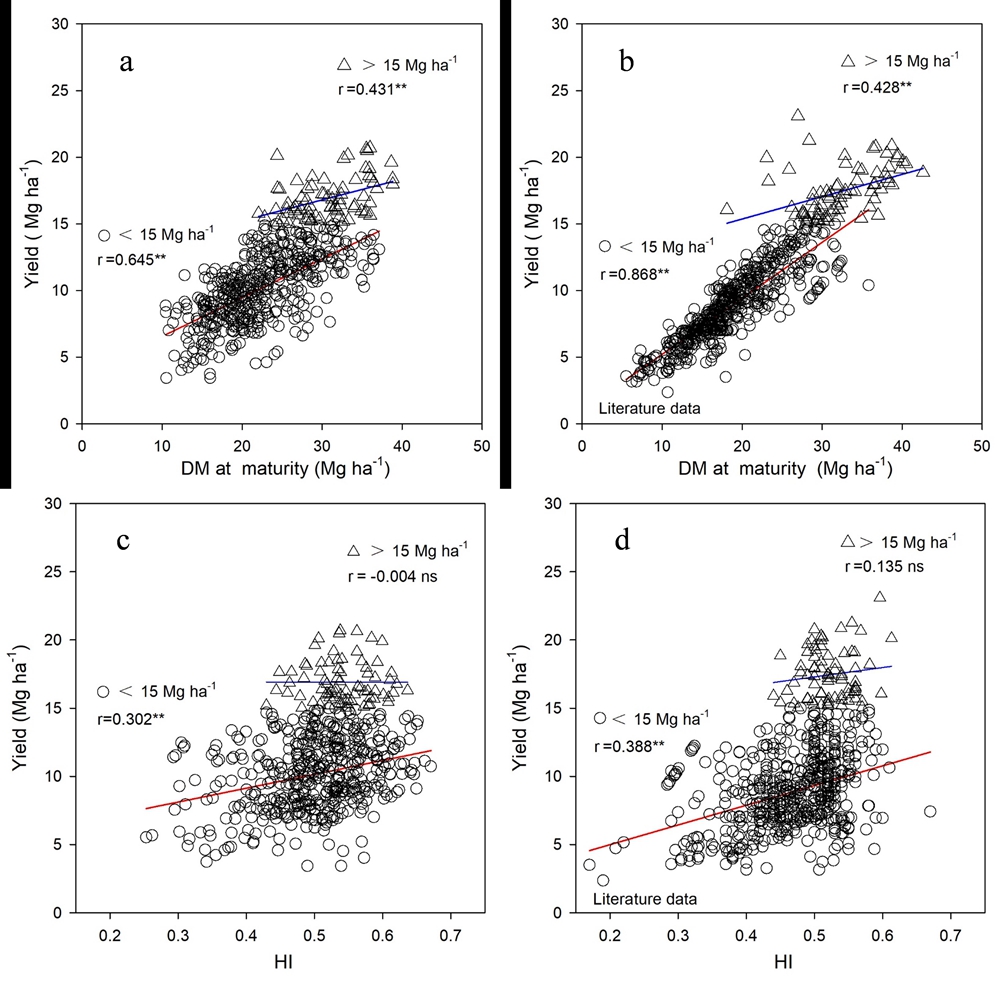