In plants, small RNAs (sRNAs) that are 22 nucleotides (nt) in length have the unique capacity to trigger the production of secondary small interfering RNAs (siRNAs) and further enhance silencing. While DCL2-dependent 22-nt siRNAs are rare in Arabidopsis and thought to have few functions except during viral infection, they are abundant in many major crops such as soybean and maize. Here, we studied the endogenous 22-nt siRNAs in Glycine max by applying CRISPR-Cas9 genome editing technology to simultaneously knock out the two copies of soybean DCL2 , GmDCL2a and GmDCL2b , in the Tianlong1 cultivar. sRNA sequencing revealed that the majority of 22-nt siRNAs are derived from long inverted repeats (LIRs) and disappeared in Gmdcl2a/2b double mutant. By de novo assembly of a Tianlong1 reference genome and transcriptome profiling, we found an intron-located LIR formed by chalcone synthase (CHS) genes CHS1 and CHS3 . This LIR is the source of the primary 22-nt siRNAs that target other CHS family genes and trigger the production of secondary 21-nt siRNAs. Disruption of this process in Gmdcl2a/2b substantially increased the level of CHS mRNAs in the seed coat, and changed the color from yellow to brown. Our results demonstrated that endogenous LIR-derived transcripts in soybean are predominately processed by GmDCL2 into 22-nt siRNAs, and uncovered a previously overlooked role of DCL2 in regulating natural traits. 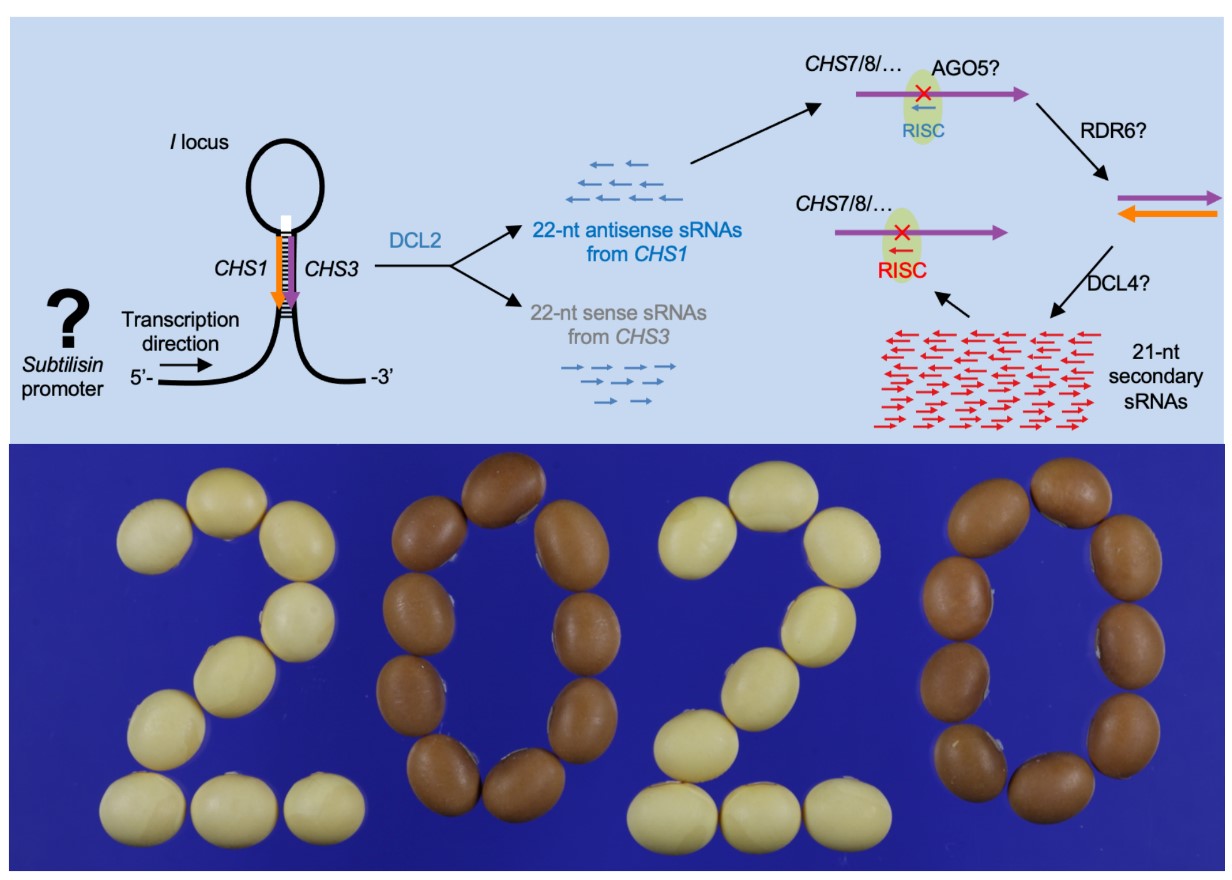